On Sunday, May 1, the roof of our project at Hazel's House of Hope was severely damaged by what the National Weather Service has declared "straight line winds" during a storm. The force of the wind blew part of the roof off the building and launched several pieces of large HVAC equipment 120 feet away. Emergency services were contacted, building occupants evacuated, and thankfully no one was injured in the event.

March-Westin was on the scene Sunday evening to assess damage and seal the building quickly. Several partners came together to join our effort to re-roof the building. It is no small task to replace a roof this size in 48 hours. March-Westin was committed to protecting the building structure from further damage. Ron Lytle supplied roofing material that he had available locally. In addition to March-Westin crews, Sutter Roofing made a tremendous commitment to accomplish the large task at hand. Their crews worked into the night under lights and had most of the roof placed by Tuesday morning. Panhandle cleaning and restoration is still on site working to dry out the building.

March-Westin would like to thank everyone who answered the call and assisted in this emergency. It is because this community pulled together, and the hard work of several local businesses that this feat was accomplished. 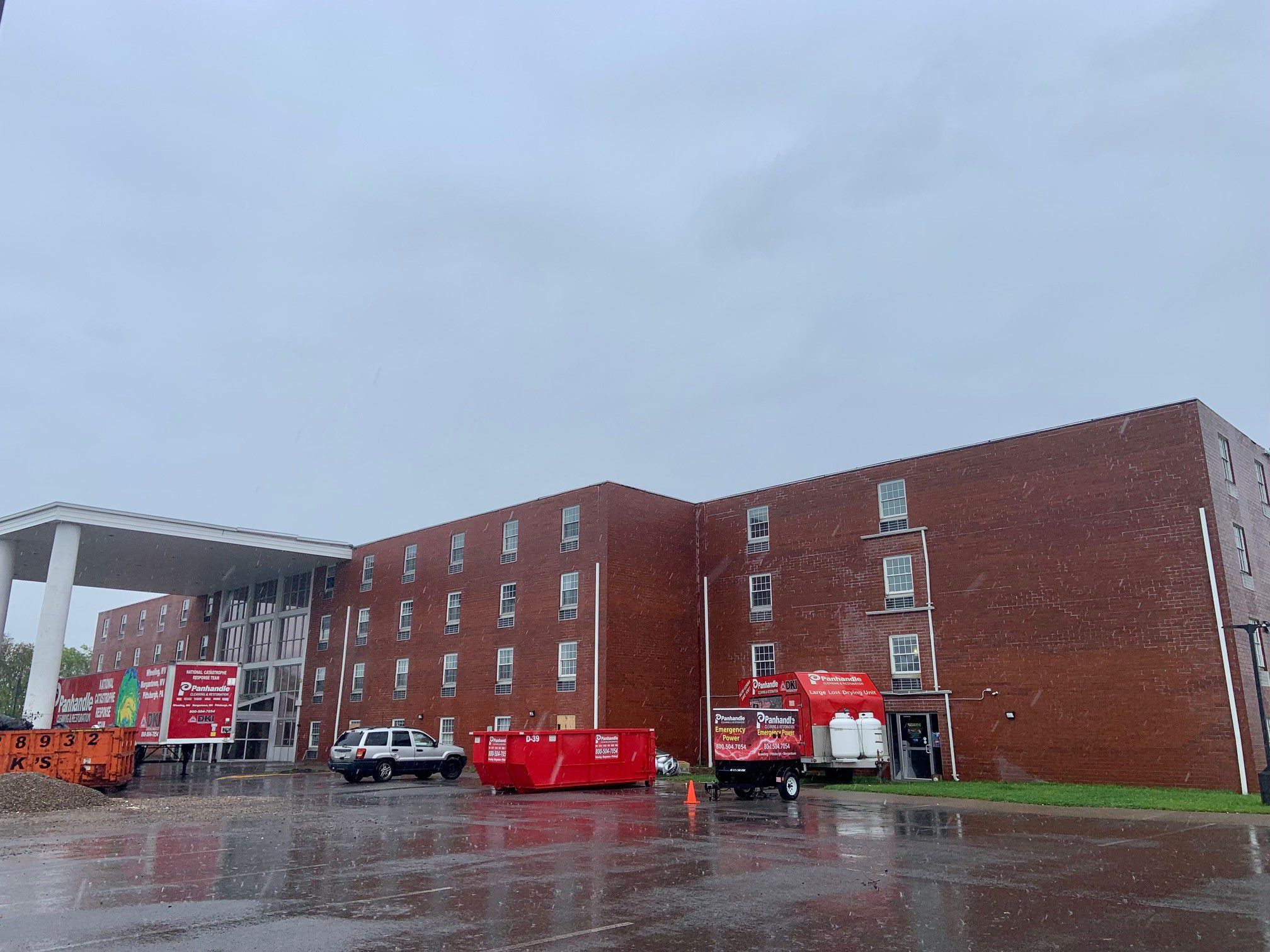 Work continues after the roof repair